Last week I presented at the Social Media Plus Summit and discussed the importance of understanding the nature of emerging media before just jumping into the latest craze.

Healthcare adoption of emerging technologies (not just new media) needs to be done with a robust understanding of them in accordance with strategic visions. Privacy isn’t the only consideration in healthcare: dignity, content, information and excellence in communication and community-building are just a few of the others.

I wanted to go beyond that typical social media hype and give a deep view of what’s needed in healthcare communications. Included are some slides on how Information and Content related with each other in order to provide true empowerment for patients.

You can view my presentation below or over here (there’s also another copy here).

View this document on Scribd

Too often, organizations and industries attempt to integrate new technologies without delving deeper into their ramifications, possibilities and limits. As a result, they often run into trouble and then back away, leaving internal champions frustrated. Understanding is the first step toward doing. Paradoxically, though, with emerging technologies you need to do a bit of both at the same time.

If you would like to see me speak to your organization or help conduct personalized workshops and bring some perspective and orientation on process design, email or call me: info@CareVocate.com – 484-372-0451.

I came across this TED video of Michael Specter’s talk about the dangers confronting us as the war against science progresses.

more about “The Danger of Science Denial“, posted with vodpod 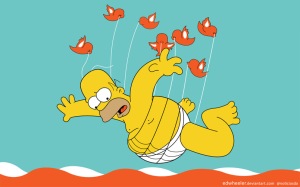 Several years ago, as a second-career registered nurse practicing critical care – having a prior background in enterprise working with fairly sophisticated information technologies – it was all too easy for me get frustrated with paper medical records and laboratory reports laying in floors drenched in  Clostridium difficile.

How was it possible in the 21st Century that the informational flows in healthcare facilities could end up on contaminated floors? Surely, I thought, there must be technologies within our grasp that could spare us – our patients and the staff – such dangerous indignities.

I can’t remember where I was when I first heard of Twitter, but I was one of its early adopters. It occurred to me that Twitter’s essential feature – the power to share data instantly and briefly – was worthy of consideration in health care. But my early ideas about invoking Twitter into healthcare faced two hurdles: HIPAA always got in the way of my thinking and nobody else I knew at the time ever heard of “a Twitter”.

After Twitter deleted my first account, I gave up on the incompetent service. When I returned to Twitter sometime in early 2008, the use of Twitter (or any other social medium for that matter) in healthcare was still relatively unheard of.

Part of the reason I started blogging was to fill a relatively empty void in the healthcare social media space. Today, I believe we are seeing that space filling with more important voices. Since publishing 140 Healthcare Uses of Twitter in January, hundreds of hospitals have started up Twitter accounts. Every day we hear about Twitter’s role in health care, from disaster management to surgical live-tweeting.

So far, the word is largely positive concerning the experiences of a relatively small number of hospitals on Twitter. But has Twitter gone through the strainer, the one beyond the marketing and PR uses? I’m not so sure but I’m hopeful. Time and the further adoption of the service will tell us more about its safety and effectiveness.

BETWEEN EVANGELISM AND DEVIL’S ADVOCACY

A purpose of the list I published in January was to start a discussion about how micro-messaging technologies like Twitter could be used in health care. Twitter’s fame and hype continue to skyrocket and health care is one of the hottest topics of our time. I have no doubt now that micro-messaging and health care are important partners. My task then was to be an evangelist in a time of sparse awareness. The questions now are how far we will go with these technologies and what kinds of challenges and fears we are willing to face and overcome.

For as much as Twitter is now being examined by the healthcare and pharmaceutical industries (a welcomed step), we have yet to flesh out practical opportunities and dangers Twitter poses for them. I am encouraged that hospitals are tweeting. Some are doing remarkable work and learning as they proceed. But I also have concerns about the incorporation of Twitter in the healthcare setting. I know all too well about Twitter’s seductions. Twitter makes almost everything easy, including regret.

I have therefore assembled a collection of dark predictions about how Twitter may be misused or misappropriated. My task now is to be Devil’s advocate during a time of attention obesity.

I don’t know if I saved Follow Friday. I do hope that in the rush to embed Twitter into our daily lives that we strike the right chords between Twitter Evangelism and Devil’s Advocacy.

That last prediction may be the most dramatic, but given the tenuous state of our world’s psyche, it’s not far-fetched. Would it surprise you if it happened?

Am I being sarcastic or serious here? Does it matter? I mean: if we are to put safety and effectiveness above all else, shouldn’t we plumb the dangers posed by a real-time web?

Here’s another way to look at this list: as implied solutions to problems we may not have considered. Nothing is necessarily inevitable – awareness can prompt avoidance.

Twitter’s uses in Healthcare or Pharma or Politics or Marketing or any other field don’t so much depend on the technology as much as our willingness to be creatively courageous in the face of rapid change.

How we use Twitter in healthcare to streamline clinical operations, to provide richer experiences for consumers of healthcare information and to effectively propagate critical messages in times of crises depend on how willing we are to re-examine our traditions and re-envision what remarkable health care looks like given our new powers. We need leaders who aren’t afraid to break stupid rules and flush out deep prejudices.

In healthcare and other life sciences, following the rules is a vital part of the game. In fact, it usually is the game. Which is to say: leadership in healthcare is uniquely risky business.

For those of you who are currently using or planning to use real-time technologies in health care, think optimistically but responsibly about how you go about using them. Twitter and its yet-to-be-developed analogues bring forth into our world dangerous opportunities. When thinking about these dangers, here is a tweet-sized pearl of wisdom from Frederich Holderlin:

But where there is danger,

a rescuing element grows as well.

What do you think are the dangers of real-time social communities in healthcare? How would you propose we overcome those dangers? What are the rescuing elements among evolving – and sometimes unpredictable – threats from social technologies?